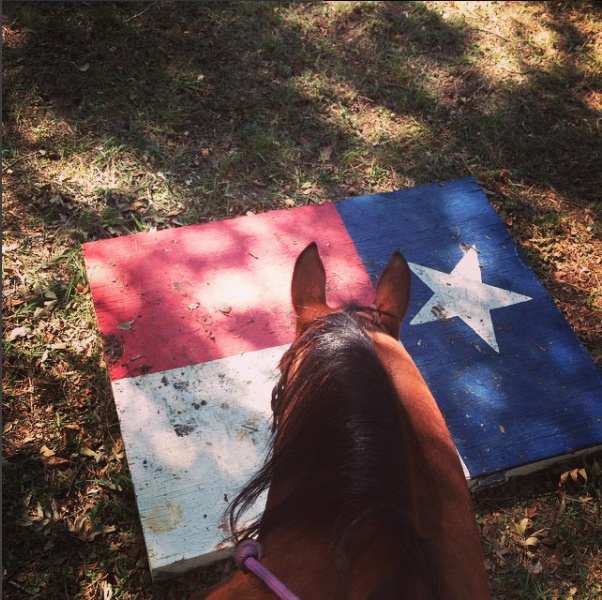 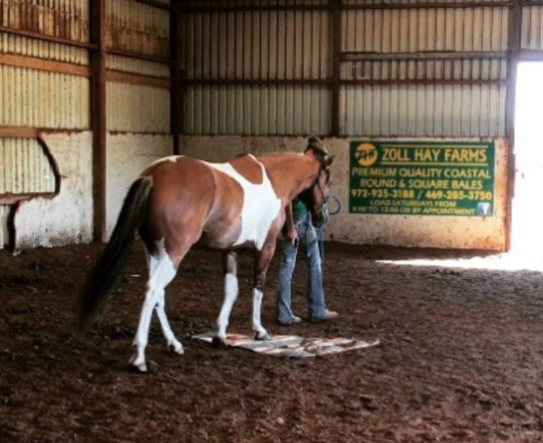 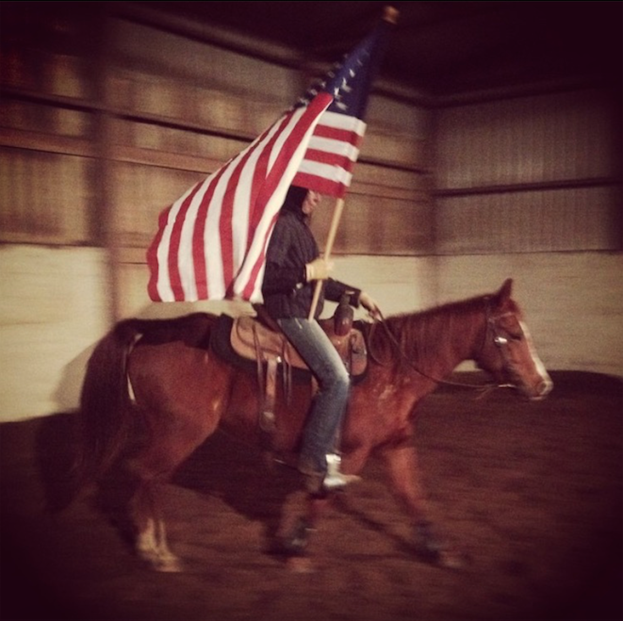 "Amy is awesome! We just brought her a second horse to work with, and she is teaching our daughter lessons. She is so patient and knowlegeable!"​

"I have known Amy and watched the results of her work for a number of years. I have sent my own horse to her and trust her implicitly. She is wonderful.​" 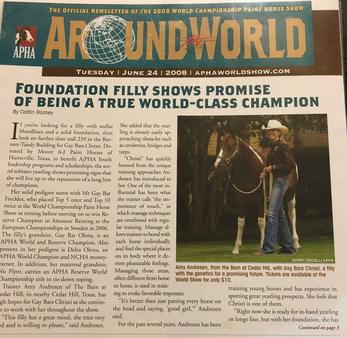 "Amy is absolutely amazing! She is currently teaching my daughter who had a fear of getting back on a horse after being bucked off. My daughter is not only back on a horse but is no longer scared and has already began to trot within just a few weeks! Amy has taken a spot in all of our hearts. She has such a sweet soul and is just plain awesome!"

"I have had my gelding with Amy for two weeks and I am so pleased with what she has done with him so far. Amy is a great horse person; I am impressed with her training program. She is calm and very knowledgeable on how to address every problem with each horse she trains, and she has treated him like one of her own. Thank you!" 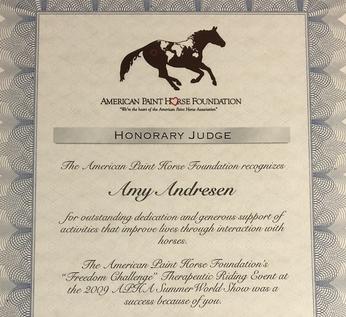 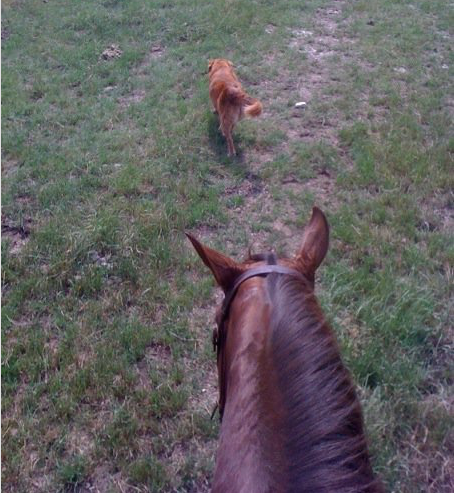 "I've known and used Amy for years. I trust her completely with my horses and she has been teaching my daughter for a few years. We love Amy and she does an amazing job. When you send your horse to her, you get your horse back, which is hard to come by these days with "trainers." 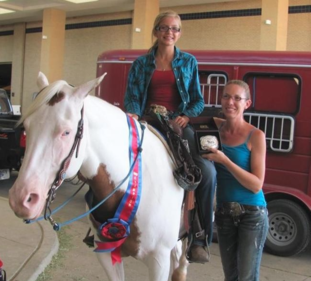 "There is no one I know in the horse industry more trustworthy and dedicated than Amy. I have known her and worked for her off and on for the past 6 years and have learned copious amounts of knowledge about horses, training, riding and overall care. I continually see the great work she does with horses, including my own. I am so thankful to have found such a hardworking, honest and knowledgable trainer. Amy is my number one recommendation for anyone looking to take lessons, start a horse under saddle, send a horse for a tune up and/or desensitizing training, find a great home for a horse for sale, and much more! Amy is a phenomenal horsewoman and a 5 star trainer!"

"Amy did a refresher on a mare that I bought. I took her over the day after I got her. Amy did wonderful work with her and provided me with updates, pictures, and videos." 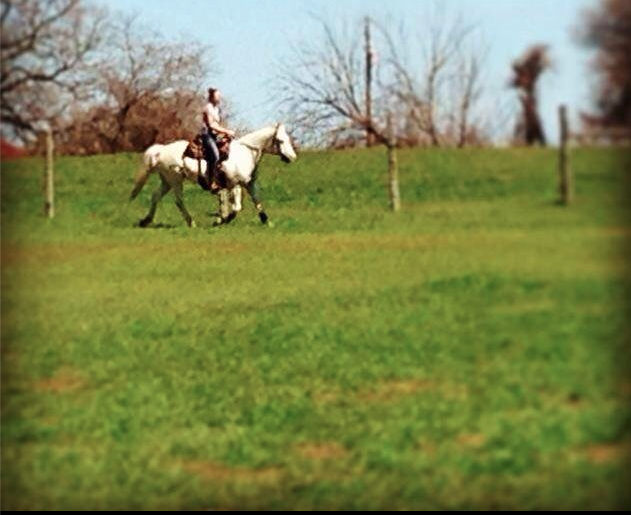 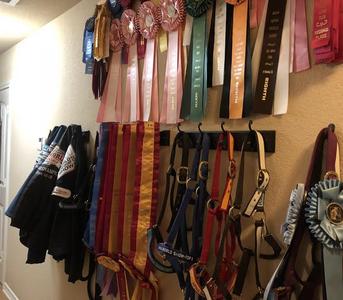 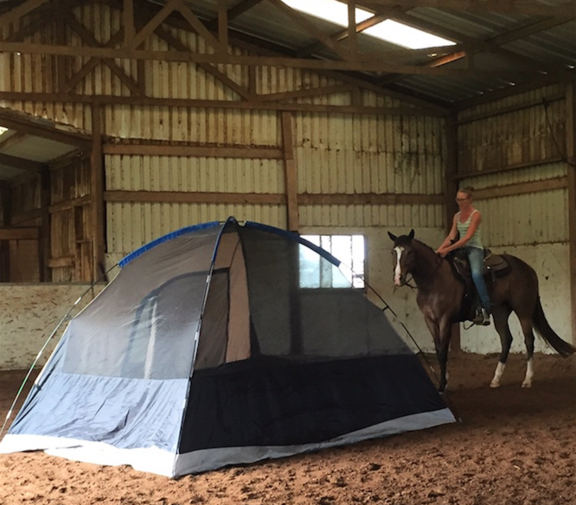 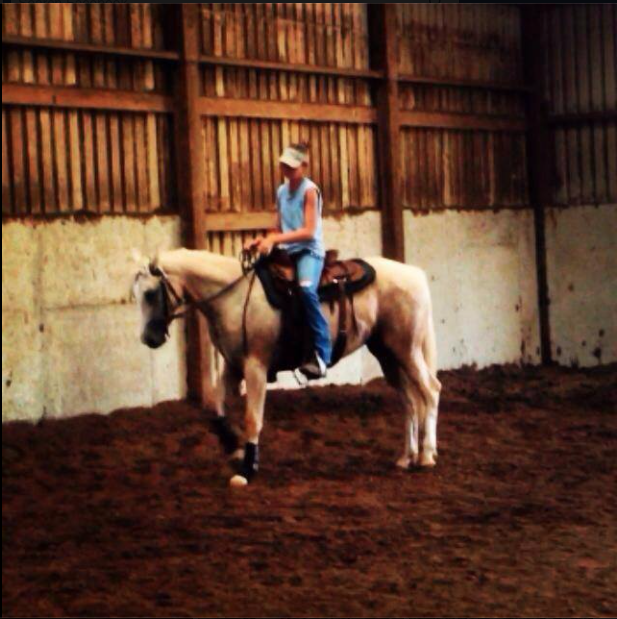 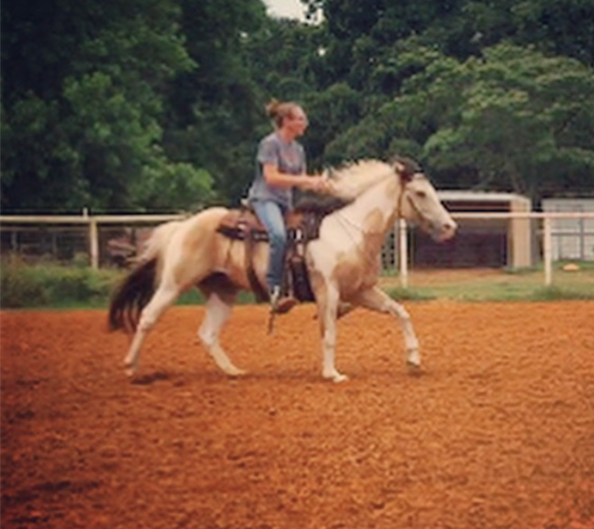 "Amy is the best! She took a yearling with no confidence and brought her to a new confident, well behaved and trained horse. She is dedicated to the horse. She teaches them skills that they can use in the real world and make them good citizens in the horse community. Amy has trained or tuned up at least three of my horses. I can't think of anyone that I would trust my babies with more than Amy." 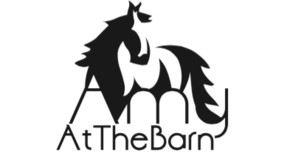 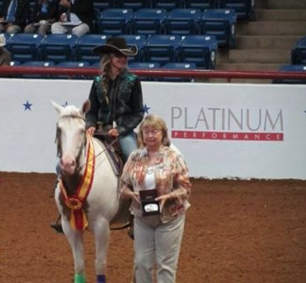 Trainers and foster homes work with a BEHS rescue horse for 3 months and then compete over obstacles and in a freestyle competition at the Bluebonnet Horse Expo.

"Amy should be listed right up there with Parelli, Brannaman and others as far as horsemanship goes. Amy had my two (Thoroughbred & Quarter Horse) one month and corrected 99.9% of their issues. She helped identify what it is they need from me as a "green" horse owner to make them the best they can be. Amy also helped me with basics of how to correctly handle all situations. I wish I had found her years ago!"​​

"Amy is the best trainer I have ever used. She is patient with every horse, no matter the problem. She is kind to dummies like me that always have horses that need "fixing." She has taught me a lot about my horses, and I can not say enough about how much I appreciate her. I would highly recommend her if you have a horse that needs a tune up, or a problem that needs fixing. She tells you up front what she will do, and is proactive about doing it. Amy is honest, hard working, and reliable."

Amy was assigned a 5 year old, 14 hh grade Arabian gelding, Amaal, to work with and train for the Bluebonnet Rescue Horse Training Challenge. 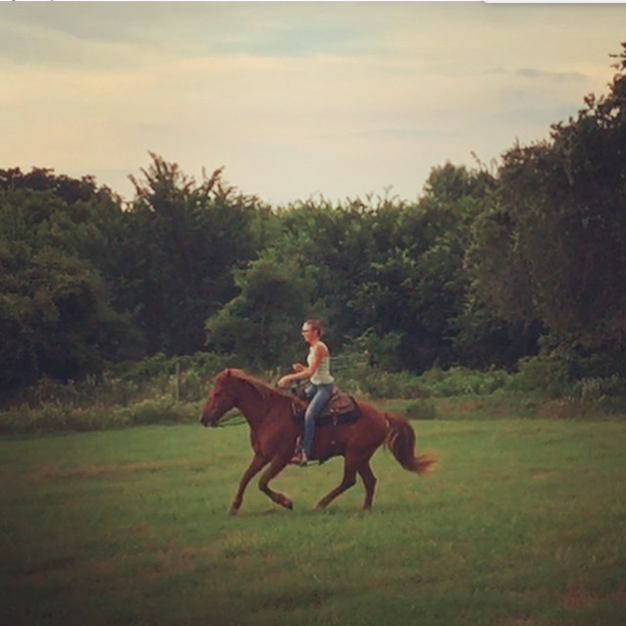 "Amy has had my horse for 25 days. She has achieved everything I have asked her to do with him. Most importantly he has enjoyed himself and has been well taken care of the entire time. I knew that he could be a great horse with some confidence, Amy has brought out that confidence and hasn't overwhelmed him at all. I really couldn't have asked for anything better. I am so incredibly happy with all she has done, and still 5 more days of training left! I love Amy and I will be forever grateful to her for helping to get me and Rumi out on the trails." 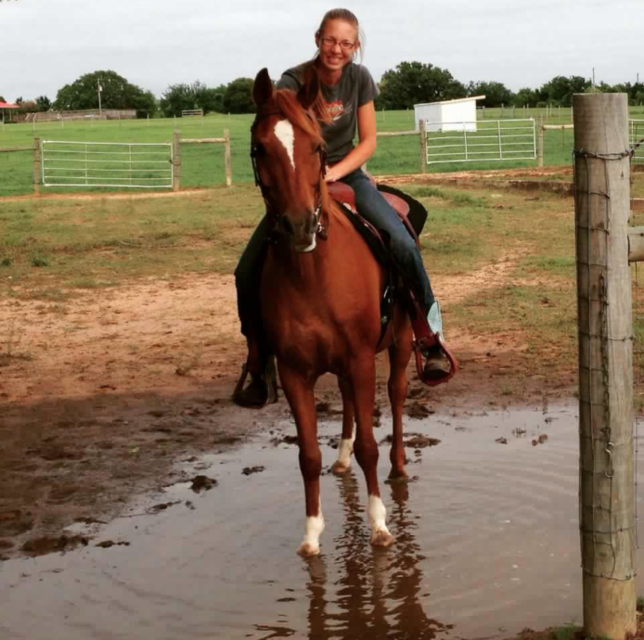 "I had a wonderful experience with Amy. Highly recommend!" 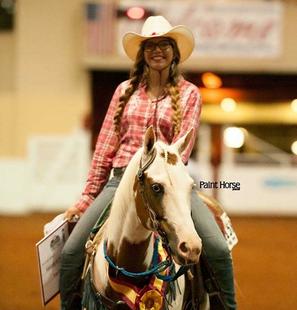 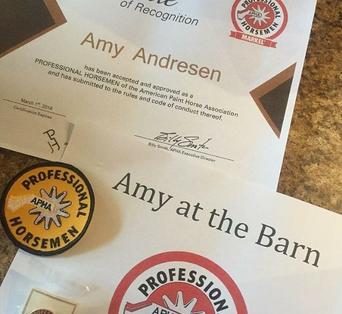 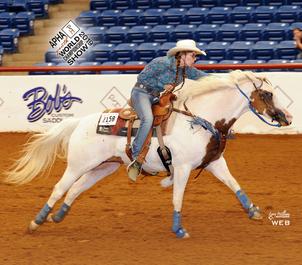 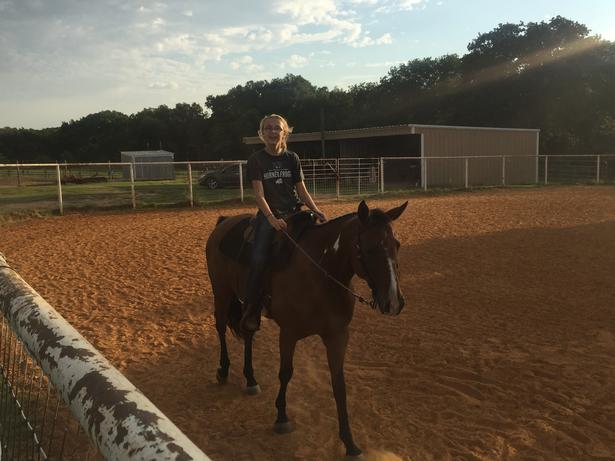 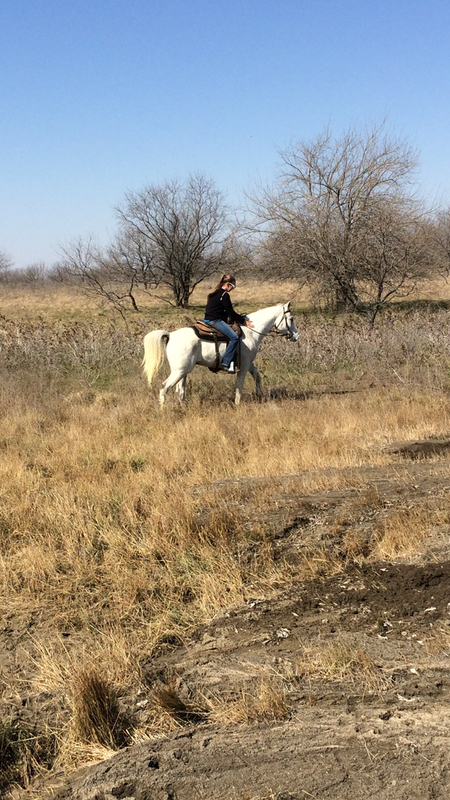 "I've followed Amy for a while and have really liked what I've seen. She's knowledgable and very good with horses. I will be using her in the future."

In 2014 Amy was given the opportunity to compete in the first ever Horsewoman's Challenge. Each contestant had 6 months to start a young, untrained horse from the ground up. After the 6 month period, each contestant competed with their equine partner in Cowboy Dressage, Liberty and Extreme Cowboy Race. Amy chose a 5 year old Mustang mare. Georgie was tough but had a willingness to learn that Amy sincerely admired.

"Amy trained my horse Louie for a year - taught him basics as a 5 year old and is responsible for making him a great trail horse. Louie and I rode with our buddies today around the west side of White Rock Lake across streets, on the trails with joggers, baby carriges, bikers, motorcycles, loose dogs in fields, and Louie was better than in the arena!"

"I had the pleasure of apprenticing with Amy for a week and cannot say enough good things about her work with the horses. I think Amy is a rare gem in the horse training world; she really cares for the horses' welfare mentally and physically and has skills from a variety of backgrounds and disciplines that makes her special! She works with the horses at a pace that is suitable for each one, yet always pushes them to be better. I saw each horse make substantial improvement in a week's time. My own confidence and trust about working with horses improved while I was there, and I know​ this is the same way the horses come to feel about their training with Amy. She'll work with you as the owner to learn and understand what your horse is learning. Most importantly, all of the horses are extremely well kept with inside/outside time, beautifully groomed by her and her wonderful assistant, and will be properly taken care of while in Amy's care. I have already decided if I need to send a horse somewhere or recommend a friend, it will be Amy! Thank you, Amy!" 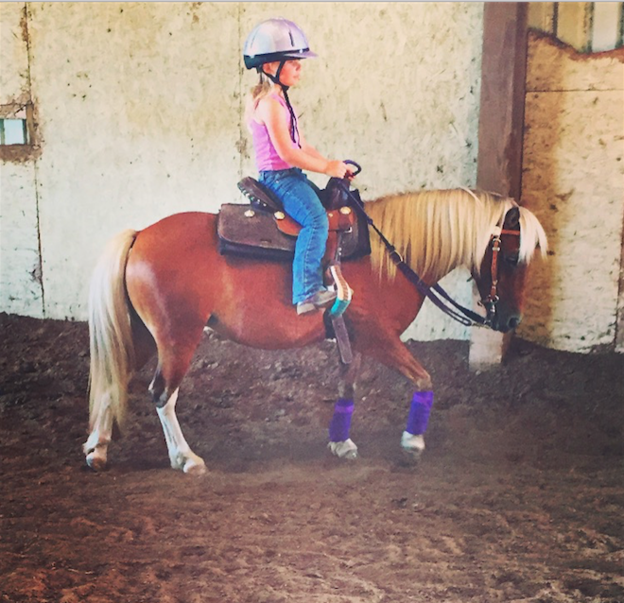